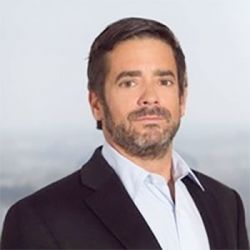 Mark L. Skaist is a shareholder in the Newport Beach office of Stradling Yocca Carlson & Rauth. He also serves as Co-Chairman of the firm’s Corporate and Securities Department and is a member of the firm’s Executive Committee.

Mr. Skaist was featured in the “Ask the Attorney” column of Red Herring, Upside and American Venture magazines. He is an active member of OCTANe where he serves on the Technology Industry Leadership Council and is a member of the Association for Corporate Growth. Mr. Skaist was an associate at Irell & Manella, Los Angeles, from 1991 to 1993. He received a BA in Economics from UCLA and his JD from Loyola Law School in Los Angeles, where he was awarded a Fritz Burns Scholarship for Academic Achievement, and was inducted into the Order of the Coif and the St. Thomas More Honor Society. Mr. Skaist is an AV Rated Attorney (highest peer rating).